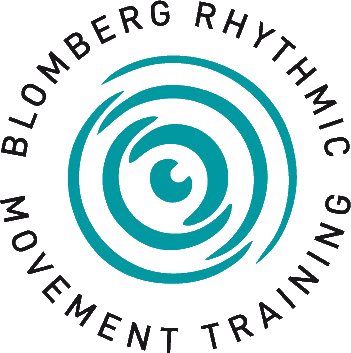 When I qualified as a doctor in 1972 I felt very much at a loss because my studies had made me lose faith in scientific medicine which appeared to me as an oversimplification with an extremely limiting theoretical basis. I seriously contemplated changing my profession but decided not to and started to work in child psychiatry. Child psychiatry seemed to be the least “scientific” branch of medicine and as such the least prestigious one, preoccupied as it was mainly with the mind at a time when the mind was nothing more than the effect of molecules and nerve impulses. I worked in child psychiatry for more than three years. In 1976 I started my specialist training in general psychiatry .

In 1975 I had taken part of a study group to the Soviet Union visiting Leningrad , Moscow and Tbilisi to study Soviet psychology and psychiatry. We had the opportunity to meet one of Soviets leading psychiatrists responsible for the abuse of psychiatry for political purposes, Professor R Nadzharov. He aroused my interest in this subject that I began to study when I got home. I wrote a pamphlet and many articles about it and visited Moscow several times to interview victims of abuse and finally published a book about it “Opposition – a mental disease?” I smuggled psychiatric reports and even a copy of the Chronicle of Current Events to the West.

In 1978 I proposed that The Swedish Psychiatric Association should condemn the Soviet abuse of psychiatry. The proposal was almost unanimously voted down with only four votes in favour. After four years during which my book was published and I had been working together with Amnesty International and Swedish solidarity groups writing numerous articles in order to expose Soviet abuse and the standpoint of Swedish psychiatrists, The Swedish Psychiatric Association changed its position and decided to condemn Soviet abuse.

In 1984 I joined a two year training program in clinical hypnosis. Among the teachers were several prominent clinical hypnotists from UK and the USA . Peter Blythe, the founder of The Institute of Neuro-Physiological Psychology was one of the principal teachers of hypnosis. Besides courses in hypnosis I attended a course in primitive reflexes and learning disability.

In 1985 I was introduced to Kerstin Linde, a self-taught body therapist without formal medical education. She was working with rhythmic movements inspired by the movements infants do before they learn to walk. I had been told that she had very successfully treated children and grown-ups with severe neurological and other kinds of handicaps. When I met her I very much needed to do something about my own motor difficulties caused by polio in my childhood and I enlisted as her patient. Her treatment method had a very strong impact on me and I asked to sit in on her treatments, which she generously allowed. I especially followed her work with children who suffered from neurological handicaps such as cerebral palsy and saw the most incredible improvements that contradicted all my medical education and experience. I also followed her work with Alzheimer patients and people with psychosis and other psychological and emotional disturbances. Even in these cases I was stunned by the positive effects of her treatment. I decided to write a book about her treatment method and started to interview parents of handicapped children who were treated by Kerstin Linde.

In 1982 I had finished my specialist training and started to work as a psychiatric consultant at a psychiatric out-patients clinic. 1986 I introduced the rhythmic movement training of Kerstin Linde at my clinic both for neurotic and psychotic patients with excellent results. We even saw amazing recovery in some cases of protracted schizophrenia. The patients were very grateful and happy for the treatment but when my superior heard about it he forbade me to continue this practice. I refused to oblige and in order to stop me he had no other alternative but to report me to the National Board of Health and Welfare and an investigation was started in 1988.

In his report to the National Board of Health my superior had argued that he had forbidden me to use this treatment method because “it was not based on reliable experience and scientific evidence and moreover was not generally accepted or especially well known.” I wrote a fifty pages report with 10 case studies documenting the effects of the treatment and some twenty of my patients wrote to the National Board to express their appreciation of the treatment. Representatives for the National Board of Health and Welfare also inspected the outpatient clinic where I worked. In its formal report the National Board of Health and Welfare established that the treatment was “experienced very positively by many patients” and that the “movement treatment was a worthwhile contribution in a situation that had appeared to be deadlocked or stagnant.” The Board concluded that “if every element of the treatment should be called upon for a full scientific documentation the psychiatric treatment would probably be sterile which would totally contradict the humanistic values and expressions that psychiatry also had to defend.” In the report I was strongly urged to assist in the initiation of a scientific examination of the treatment method. The Board concluded its report by criticizing my superiors for the lack of cooperation between treatment of inpatients and of outpatients and requested a report from the medical superintendent about what measures had been taken to improve this cooperation.

The conflict between me and my superiors lasted more than a year before I was exonerated by the National Board of Health and Welfare and by then I had been effectively ostracized by my superiors. My work situation had become impossible and I decided to resign.

In 1989 I started private practice and a colleague invited me to introduce the movement training for some severely ill chronic schizophrenic patients, most of them hospitalised for ten years or more at the psychiatric hospital where he worked. I worked with this project two days a week and in my private practice the rest of the time. In 1991 this work developed into a research program supervised by a professor of psychology at the university of Umeå . The research program was designed to continue for five years but was unfortunately interrupted in 1994 when I had to quit my work at the psychiatric hospital for private reasons. However, after two years a report was compiled in 1993 dealing with “short term changes in chronic schizophrenic patients treated with rhythmic movement therapy.” The report was an examination paper by two students of psychology. They concluded that “the study indicates that the patients treated with movement therapy had displayed the greatest positive changes…Among other things the changes manifested themselves in the fact that these patients to a greater extent were able to take part of social activities, participate in occupational therapy and their daily tasks in the ward. They had also become more interested in their surroundings”.

In 1990 I started to work once every two weeks as a psychiatric consultant at an anthroposophic special school for mentally handicapped youths between 15 and 21 years.

In my private practice for adults I used the rhythmic movement training in combination with movements for inhibition of primitive reflexes. This approach was especially beneficial for patients who as children had suffered from dyslexia and/or ADD. But all patients who agreed to do the rhythmic movements benefited since these movements stimulate the therapeutic process and especially the dreams of the patients.

After quitting my part time work at the psychiatric hospital in 1994 I started to work full time in my private practice. I now got time to start writing a book about the rhythmic movement training that I had planned to write since 1986. My purpose was among other things to account for the effects of the rhythmic exercises both in respect of the improvement of motor ability and in respect of stimulation of dreams and psychological development. The book included case reports of treatment with rhythmic training, an attempt to explain its mode of action and a general discussion of the theoretical basis of scientific medicine. The book, Helande Liv, was finally published in 1998 by a small publishing house specialising in books about learning disability and similar subjects.

Kerstin Linde did not consciously work with primitive reflexes although she admitted that she observed them. In her experience the rhythmic exercises were sufficient in order to deal with primitive reflexes. During the nineties I attended courses about primitive reflexes taught according to the Peter Blythe and Sally Goddard method.  During the first years of 2000 I attended several courses about kinesiology and integration of primitive reflexes taught by Svetlana Masgutova.
Since 1990 I have taught many lectures and courses in rhythmic movement training for therapists, teachers and nursing staff. After the publication of my first book these courses increased in demand. During the following years I gave courses frequently and regularly. The emphasis of these courses has been on treating children with dyslexia, ADHD and motor problems.

Since then I have taught courses frequently and regularly both in Sweden and abroad: The United States, Singapore , Malaysia Hong Kong, Australia, England, Spain and Finland. Since 2009 I have mainly taught in Sweden, Spain, Finland, Japan, France, US and Belgium.

In 2008 I published another book about rhythmic movements called Rörelser som helar (Movements that heal) which was published in English 2011 with Moira Dempsey. The publishing of  Rörelser som helar caused an increasing demand for my courses and in 2009 I opened a Center for Rhythmic Movement Training in Stockholm where I teach the rhythmic movement courses and treat patients, mainly children who suffer from problems with attention, mobility, reading and writing or have been diagnosed with autism or Asperger.

In 2010 I published the book Autism – en sjukdom som kan läka (Autism – a disease that can heal) which deals with the environmental causes of autism and treatment of autism with diet, food supplements and rhythmic movement training among many other things. 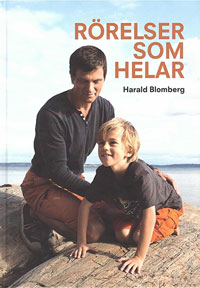 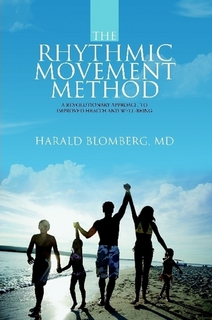 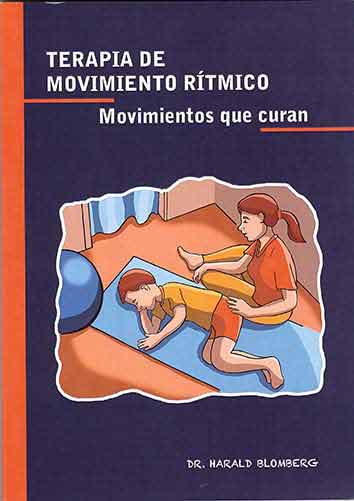 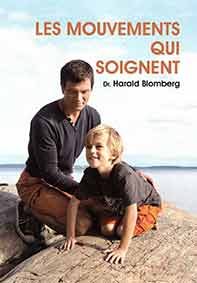 Can be ordered by
sending an e-mail to
Marie Mattei. 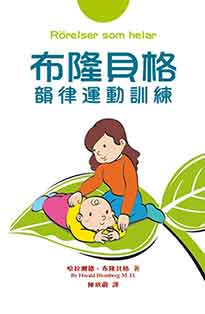 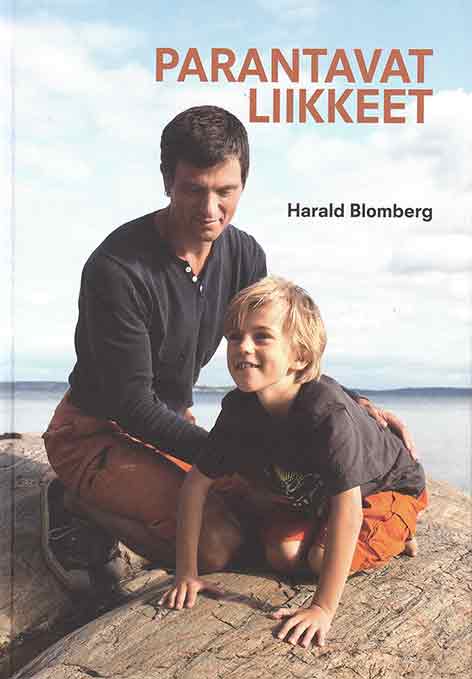 You can buy it by sending
an e-mail to yhdistys@kinesiologia.fi